We see many styles come and go throughout the years, but there are some that stand the test of time. The term “outdated” never applies to them, as they become “classics” instead. Mid-century modern is one of these styles.

Mid-Century modern is an architectural, interior, product and graphic design that generally describes mid-20th century developments in modern design, architecture and urban development from roughly 1933 to 1965.

Architect Frank Lloyd Wright is one of the most prominent leaders in the mid-century modern movement, known for projects such as the Guggenheim Museum. The TV show Mad Men, set in the 1960s, has had a hand in boosting the popularity of this timeless style recently, but it has never truly gone away. Its recognizable aesthetic can be seen all over the place in both residential and commercial design alike. Here are some examples of the versatility and style of mid-century modern decor. 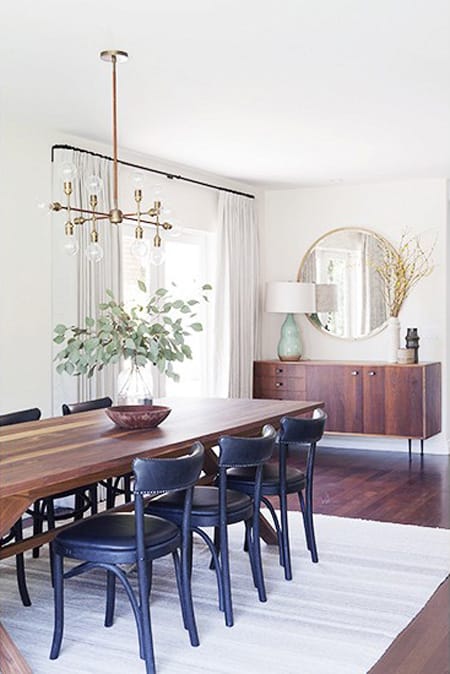 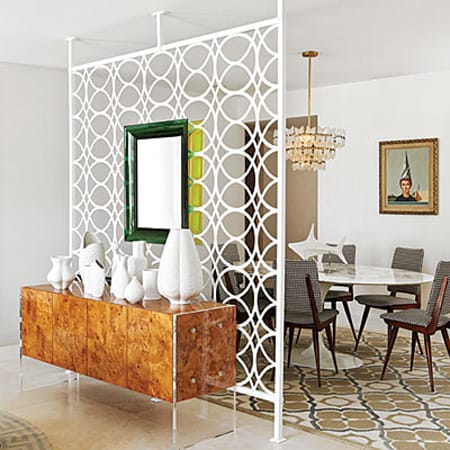 Another example of the typical mid-century modern console table creates a retro vignette with a geometric room divider. 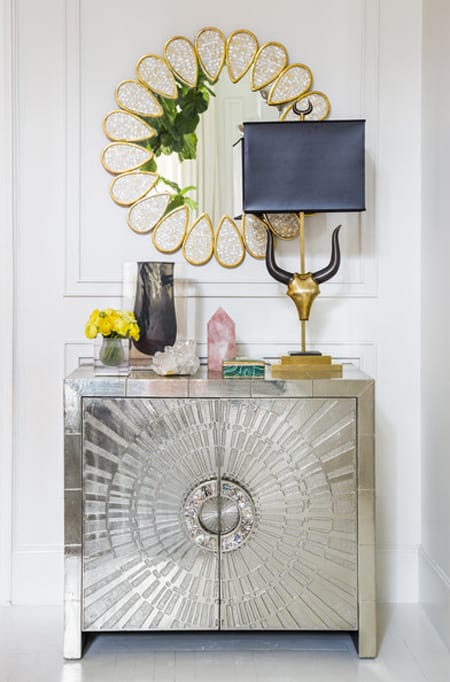 The shapes and patterns at work in this vignette are common to the style, as are gold and silver finishes. 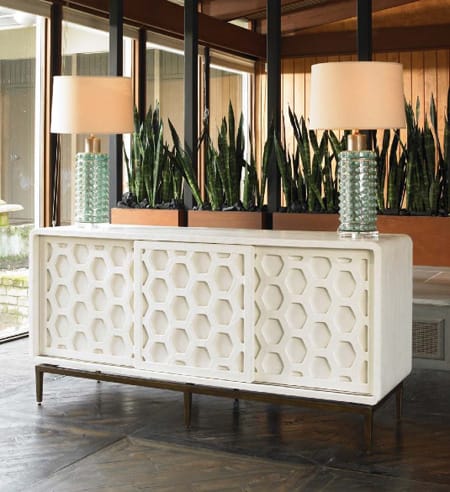 Mid-century modern loves balance, so clean shapes and geometric patterns (such as the honey comb shape on this console table) are very popular in the style. 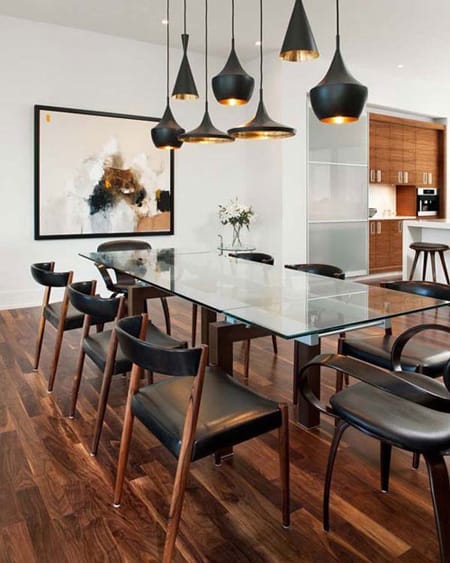 Natural wood tones create a modern contrast with the white walls and black accents. Pops of gold add some glamour. 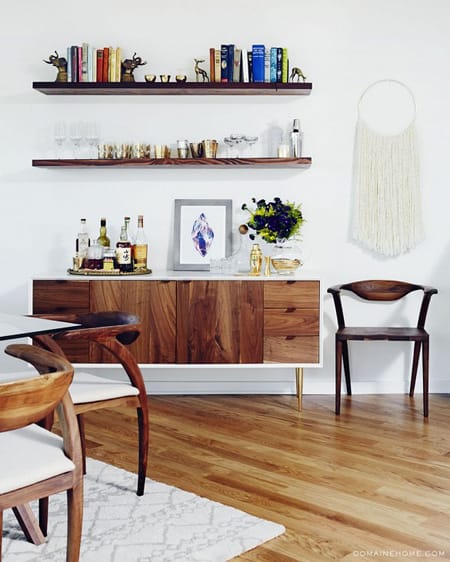 Clean, simple lines make this space feel open and uncluttered. The wood is the star of this space with bits of gold for accents. 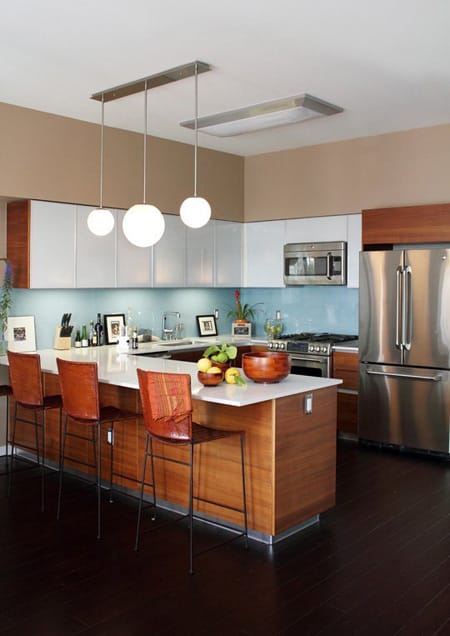 A turquoise back splash serves as a contemporary touch among a mid-century modern palette of wood paneling and clean lines. 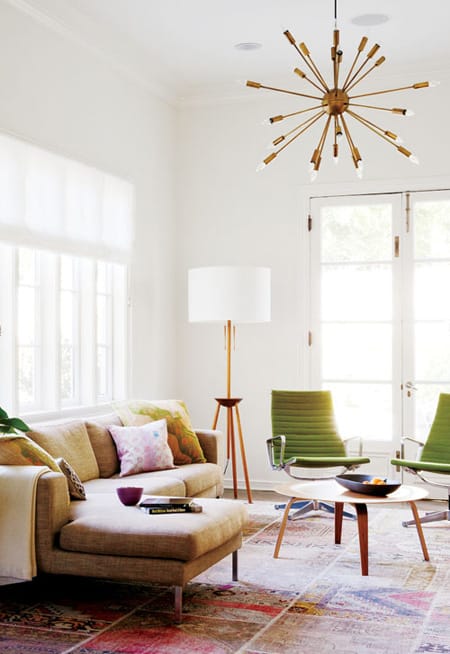 A low couch has a casual, clean cut appeal that is great for a mid-century modern living space. The eye-catching light fixture is a popular staple of the style. 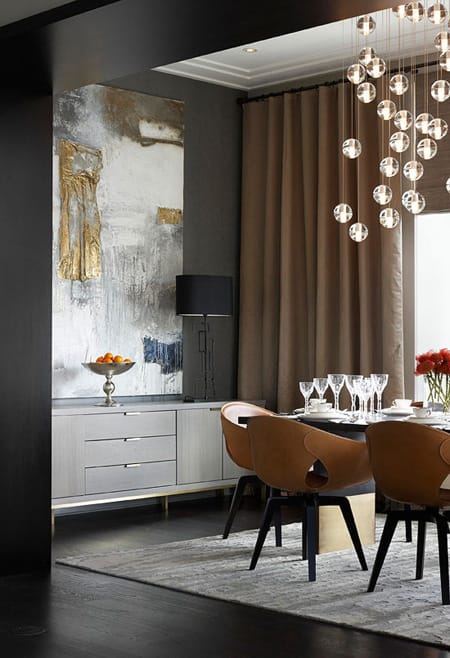 Mid-century modern gets a decadent treatment in this richly adorned dining room, which stays true to the style while mixing in some luxurious elements. 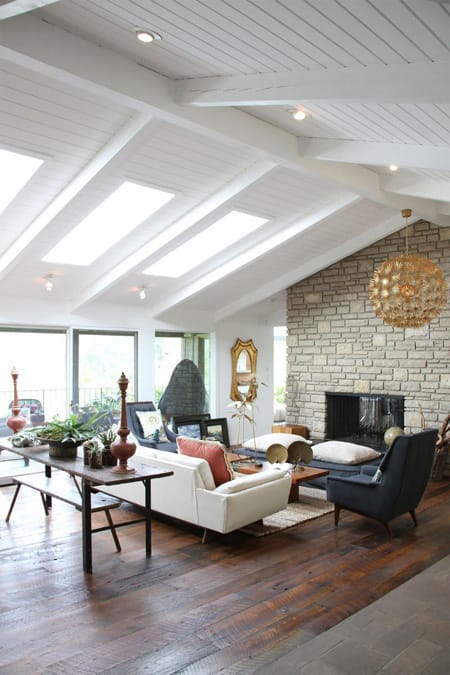 The casual-meets-professional appeal of mid-century modern design is at work in this living space with its stylish choice of furniture and textiles.

What do you think of the mid-century modern style? Would you ever want to decorate a home in this style?